Guardian plans to open a branch on Montgomery Road in Kennedy Heights, just northeast of Pleasant Ridge, according to a July 2 filing with the Office of the Comptroller of the Currency. It also filed plans with the OCC to open its first bank branch in Louisville.

Guardian has nine branches in Greater Cincinnati and two in Lexington.

Guardian is Greater Cincinnati’s 11th-largest bank by deposits. It had $713 million in local deposits as of June 2018, according to the most recent data available from the Federal Deposit Insurance Corp. Guardian had $942 million in assets as of March 31, according to FDIC filings. It made a profit of $3.8 million during the first quarter. More than 90% of its loans are for home mortgages.

Guardian officials didn’t respond to a request for comment.

Neither Kennedy Heights nor neighboring Silverton has a bank branch.

Construction on the branch will begin soon, Carr said.

Guardian’s services will include downpayment assistance, financing to renovate homes and low-cost refinancing, Carr said. Those will particularly help people in Kennedy Heights, where many homes are older and many residents are senior citizens.

The area is considered a low- to moderate-income neighborhood, Carr said. Banks have to show they serve those areas to meet federal Community Reinvestment Act requirements.

Many banks are cutting back on their number of branches as customers use digital banking through their cellphones and computers or tap into high-tech ATMs that provide numerous banking functions. But Guardian lacks branches in northeastern Hamilton County. And the Louisville branch will be its first in that area.

Louis Beck and Harry Yeaggy own Guardian. They also own locally based Union Savings Bank, the region’s eighth-largest bank with $1.1 billion in deposits. It also focuses mainly on home mortgage loans. 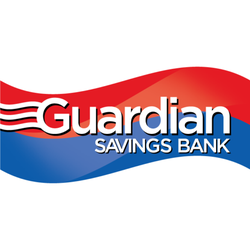